There Are Giants In the Earth 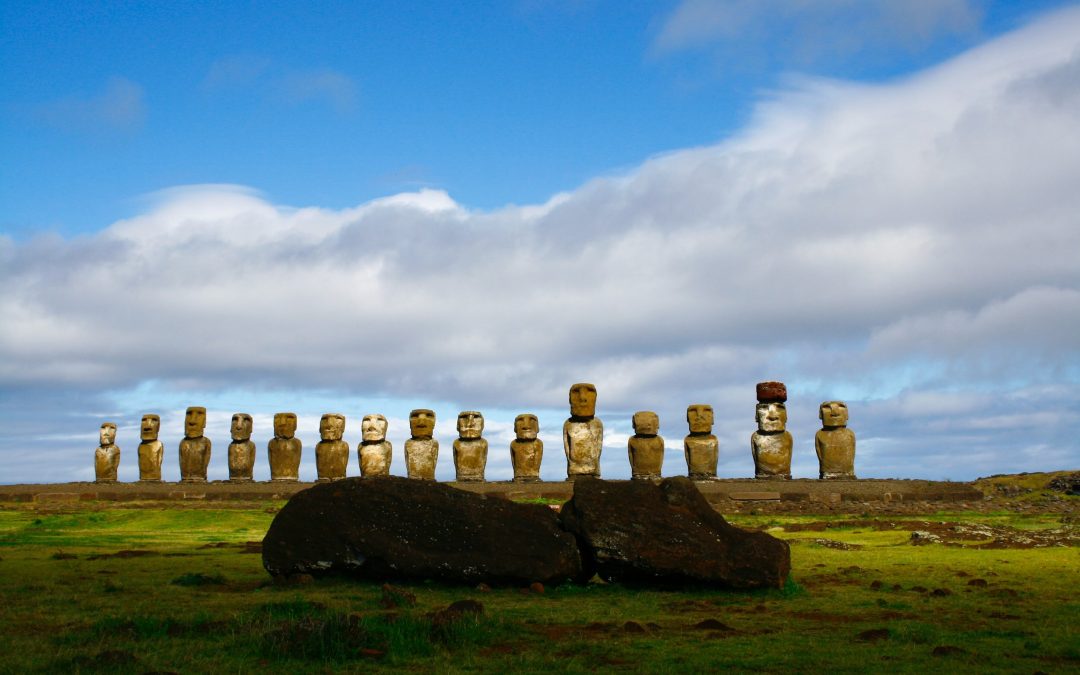 This is a part 1 of 2 in my miniseries on giants.

There were giants on the earth in those days, and also afterward, when the sons of God came in to the daughters of men and they bore children to them. Those were the mighty men who were of old, men of renown. ~ Genesis 6:4

Many of us have probably heard numerous interpretations of this passage over the years. In fact, as part of my undergraduate requirement, the capstone included a relatively lengthy discussion on the Nephilim (giants). We were divided into groups. Some groups thought the Nephilim were angels and others believed they were kings. I’ve even heard aliens suggested. One thing is for sure, there is no lack of opinionated diversity when it comes to Genesis 6:4.

The over-complication of the identity of the giants, however, runs the risk of destroying the actual significance of the text, and the significance of giants. In this article, I want to make an attempt at obviating some distracting interpretations so that we can get to the core message, which I believe is the destructive and tyrannical power of human sin (this will take the form of a second article). This text, then, is ultimately a call, through an historical description of types, to fight the antitypical reality of a remaining sin nature and the effects of sin throughout the world (Ps. 110). This is a call purchased by Christ, who is the great Giant Slayer, the Conqueror of sin, death, and the devil. Giants continue to exist in the earth. Yet, their death certificates have been signed in the blood of Christ, and our ability to fight them has been secured. The inauguration of the giants’ extinction has commenced, and now we look to the consummation of it. More on this in a later piece. In the meantime, let’s explore the immediate sense of Genesis 6:4—

I want to begin with a basic affirmation of the analogia fidei, or the analogy of faith, which confines our interpretation of any given text to within the context of the whole of Christian doctrine, or the Christian faith. A basic way this plays out is as follows: If the doctrine of the Trinity has been established beyond the shadow of a doubt, according to the overall biblical witness, then my interpretation of, say, John 1:1-3 cannot contradict that doctrine, since it has been established elsewhere on the basis of other texts. Of course, behind this is an assumption that the Bible is inerrant, infallible, and thus without contradiction.

Flowing from this assumption, which is often summarized by the maxim, “Scripture interprets Scripture,” I will now turn to Genesis 1. In Genesis 1, we find the initial, or summary, creational account. Within that account, we discover a general rule which should guide our interpretation of Genesis 6:4, that is, each kind of living organism, from plants, to fish, to mammals, and to humans produce after their own kind.

Genesis 1:11—Let the earth bring forth grass, the herb that yields seed, and the fruit tree that yields fruit according to its kind, whose seed is in itself, on the earth…

Genesis 1:21—So God created great sea creatures and every living thing that moves, with which the waters abounded, according to their kind, and every winged bird according to its kind. And God saw that it was good.

Genesis 1:27, 28—So God created man in His own image; in the image of God He created him; male and female He created them.  Then God blessed them, and God said to them, “Be fruitful and multiply; fill the earth and subdue it; have dominion over the fish of the sea, over the birds of the air, and over every living thing that moves on the earth.”

It is no problem that the words “according to their kind” is not repeated verbatim during the creation of humans. The text clearly defines an ontology of humanity, noting its final cause is dominion through means of procreation.

Whatever the Nephilim are, they cannot be anything inhumane, since clearly, they are either the cause or the result (or both) of human procreation depending on how one reads the text. This point is further strengthened by Jesus’ words when, speaking on the resurrection, He says, “For in the resurrection they neither marry nor are given in marriage, but are like angels of God in heaven (Matt. 22:30).“

The Bible clearly tells us that creatures reproduce after their own kind, and also that angels do not marry. For this reason, we should not think angels are endowed with any kind of reproductive means since they were not intended to reproduce in the first place. And this appears to eliminate one interpretation of this passage, namely, that the Nephilim are fallen angels. If this were true, the rule in Genesis 1 would not hold, and Jesus’ words in Matthew 22 would be inaccurate.

The Identity of the Giants

Some have suggested the sons of God descended from Cain, and the daughters of men were descended from some other of Adam’s posterity, Cain’s seed being corrupt with some exceptions (e.g. Enoch, Lamech, etc). Adam and Eve bore another son, named Seth, who’s seed we know became distinguished by its devotion to God (Gen. 4:25-26).

It is possible, even likely, that Cain’s seed is the “sons of God,” the “daughters of men” deriving from Seth. The “sons of God” could be taken in different ways. The title is certainly given a negative connotation in Job 1, 2, and 38. They seem to be those who take a stand against God. The plural elohim is used, which makes provision for the rendering “sons of gods,” which may denote idolatrous persons who exalt themselves against the knowledge of Yahweh, the general trend of the world to be sure (2 Cor. 10:5).

If the sons of God and the giants are two distinct groups, this is no problem because the point of the text seems to liken the unholy offspring, i.e. “men of renown,” to the giants. The giants were tyrannical oppressors and immoral men. The term Nephilim itself refers to one which falls upon something leading to its destruction.[1] John Calvin refers to them as robbers:

To me there seems more truth in the opinion of those who say, that a similitude is taken from a torrent, or an impetuous tempest; for as a storm and torrent, violently falling, lays waste and destroys the fields, so these robbers brought destruction and desolation into the world.[2]

For this reason, Calvin places less emphasis on the size of the giants (though they may have really been large people), and more upon “their robberies, and their lust for dominion.”[3] Rousas Rushdoony, in his commentary on Genesis, says something similar:

Old Testament references such as Numbers 13:33 do indicate that the Nephilim were mighty men in their rebellion against God, and this was their renown. The Hebrew root naphal means to fall upon, to attack. This means that the true focus should not be on their physical size but on their religious and moral hostility to God. Their attack was directed against God above all else.[4]

I tend to believe, as Calvin did, the giants preexisted the men of renown. And, the men of renown being a result from corrupt, unequally yoked sexual unions, were then likened to or even became part of that group referred to as Nephilim. The corrupt giants, who were tyrannical and powerful men, were enlarged by these men of renown, who eventually joined them in their wickedness. Misery loves company.

Understanding our text as we have, there is a perfect and consistent foundation set down for v. 5, “Then the LORD saw that the wickedness of man was great in the earth, and that every intent of the thoughts of his heart was only evil continually.” It would certainly be odd if angels, being the main culprit in the wickedness observed in v. 4, were the ones to give way to such an extreme judgment upon only men. However, if the giants and the unholy offspring simply points to multiplies offenses among mankind, the judgment announced in vv. 5-8 flows forth without any issues or questions.

There is also the question of the angels mentioned in Jude and the identity of the sons of God in Job. And while I may address those two related instances in a future article, I believe I have succeeded in addressing the foundation here. Thus, whatever the meaning of Job and Jude, the sons of God and the men of renown in Genesis 6 must be human.