What Hath Baptism To Do With Regeneration? 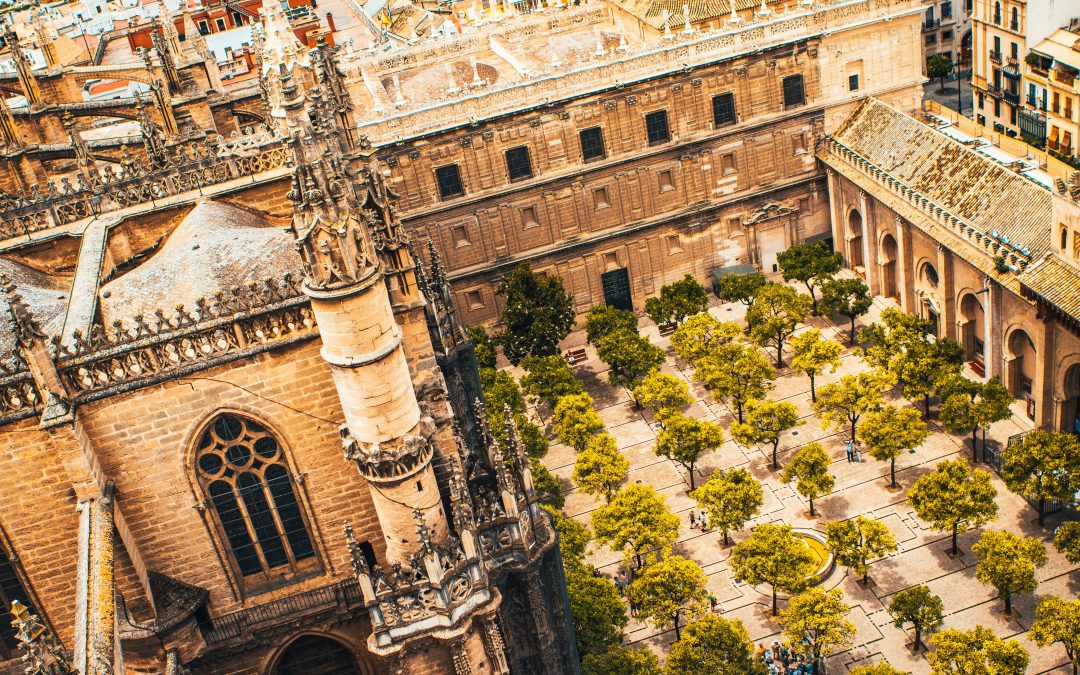 But when the kindness and the love of God our Savior toward man appeared, not by works of righteousness which we have done, but according to His mercy He saved us, through the washing of regeneration and renewing of the Holy Spirit, whom He poured out on us abundantly through Jesus Christ our Savior, that having been justified by His grace we should become heirs according to the hope of eternal life.

There is also an antitype which now saves us—baptism (not the removal of the filth of the flesh, but the answer of a good conscience toward God), through the resurrection of Jesus Christ…

Over the years, and for various reasons, the subject of baptism has gradually become more and more complicated. Some of this owes to our eroding grasp of theological concepts brought about by the winds of change. Some of it owes to new doctrines of baptism and new understandings of its purpose which crop up from time to time. Whatever the cause, it is certain baptism is more or less misunderstood in mainstream evangelicalism, and this misunderstanding has unfortunately influenced even the most conservative Baptist churches.

The scope of this article is obviously unable to encompass every point of baptismal confusion (they are legion). So, I will limit myself only to contemporary baptistic evangelicalism and the theologies of conversion, salvation, and baptism spawned by a culmination of the first and second great awakenings, the follow-on revivalists, and the (relatively) recent crusade movements.

Further, I do not want to be perceived as the guy who thinks he has all the answers. This is a subject I’ve been trying to work out in my own thinking in terms of how I would explain it to another person. I have issues with some of the explanations given for the so-called tough texts in Scripture, two of which I’ve presented above. I think evangelicals tend to brush aside the meaning of these texts, not taking into consideration the true weight of the terminology, and thus miss out on a more substantive doctrine of baptism.

Coming to terms with the true gospel is, simply put, coming to terms with Ephesians 2:8-9, “For by grace you have been saved through faith, and that not of yourselves; it is the gift of God, not of works, lest anyone should boast.” But there is a right and a wrong way to apply the free grace of God throughout the rest of our theology and practice. Some apply Ephesians 2:8-9 in a way that warrants rebuke from the apostle, “What shall we say then? Shall we continue in sin that grace may abound? Certainly not! How shall we who died to sin live any longer in it (Rom. 6:1-2)?” Sinning for grace is nothing more than a bold form of antinomianism. Those who believe in such licentiousness draw an improper conclusion from Ephesians 2, namely that, since salvation is by grace, individual duty and responsibility disappears.

Others apply Ephesians 2:8-9 (and other texts of course) in a more subtle—yet still disproportionate—manner when it comes to things like baptism and the Lord’s Supper; both of which often function as simple formalities in the Christian life, footnotes in salvation, or arbitrary rituals intended as mere reminders of Christ’s work. Since salvation cannot be by works, it is often concluded that baptism and the Lord’s Supper must be entirely divorced from salvation altogether, having no other significance beyond that of a public profession of faith in the case of baptism, or a commemoration of Christ’s atoning death in the case of the Lord’s Supper. Because of this, texts such as Titus 3 and 1 Peter 3 are both doomed to die at the hands of a thousand eisegetical nuances.

Baptists of old rarely saw these texts as problematic, and they had no problem taking them at face value. Today, however, Baptists often scramble to explain these texts, and as they do it they end up reducing both the significance of baptism and the meaning of the texts in question. Baptism has become, along with the Lord’s Supper, an empty religious ritual. But did our Baptist forefathers have such a low opinion concerning this ordinance? The Baptist (Keach’s) Catechism reads—

Q. 96: How do baptism and the Lord’s supper become effectual means of salvation?

Q. 76: Where does Christ promise us that He will as certainly wash us with His blood and Spirit as we are washed with the water of baptism?

A. In the institution of baptism, the words of which are these, go, teach all nations, baptizing them in the name of the Father, the Son, and the Holy Spirit; he that shall believe and be baptized, shall be saved, but he that will not believe shall be damned. This promise is repeated again when the Scripture calls baptism the washing of the new birth, and forgiveness of sins (Matt. 28:19; Mk. 16:16; Tit. 3:5; Acts 22:16).

It is clear our Baptist forerunners thought the significance of baptism stretched beyond a mere memorial or ritual. God does something, they thought, through means of baptism. They did not run from the tough-texts-for-Baptists. They freely admitted them, and frankly declared them throughout their theological work.

Perhaps, at this point, I should clarify: I do not believe in baptismal regeneration, nor do I think our theological forefathers held to such a belief. This too is clear in Collins’ follow-up question—

Q. 77: Is then the outward baptism in water the washing away of sins?

We often perceive these two beliefs to be paradoxical, unexplainable, or even contradictory because modernity has a way of sneakily removing helpful historical categories. In this case, the category missing is the concept of the sign or signification and the function thereof. Closely related to the idea of a sign is the concept of typology, which Peter expressly engages in 1 Peter 3 concerning baptism. So, let’s ask and attempt to answer two questions: First, what is the relationship between the sign and the thing signified? Second, can/does a type ever bear the attributes or properties of its antitype (I’ll explain below)?

The first question is too easy to answer. And because it’s so easy, we pass it over without a thought. “How does a sign relate to the thing it signifies?” is like asking, “How does a weather radar relate to the storms it detects?” We may look at a weather radar on the internet, point to the signatures, and exclaim, “There’s the storm!” and everyone in the room would understand exactly what we meant. Not only this, but we would also be completely accurate in calling the radar signature “the storm,” though perhaps not completely proper. We wouldn’t, of course, be saying that the storm is literally and entirely confined to the computer screen inside the house! We would all understand that the storm is truly located in western Kansas. But the signature of the storm on the radar is spoken of as if it were the storm itself. The radar signature is the sign, and the storm itself is the thing signified on the radar. Likewise, baptism is the sign and regeneration, union with Christ, remission of sins, salvation, etc., are those things signified in baptism.

The second question relates to the first in that a type is always a sign of something, even though a sign isn’t always a type. For example, the animal sacrifices of old typed forth the atoning work of Christ. They were, to that effect, signs signifying something, namely Christ and His work (cf. Heb. 7-8). Baptism has a typological relationship to regeneration, or circumcision of the heart. It looks beyond itself to something other and greater, i.e. the inward work of the Spirit and our union with Christ.

More importantly, types often bear the terminology of the other and greater things to which they look. For example, Hebrews 7:3 says Melchizedek was, “without father, without mother, without genealogy, having neither beginning of days nor end of life, but made like the Son of God, remains a priest continually.” Now, Melchizedek, in himself, did have a beginning of days. He was, after all, the king of a geographical location in antiquity, perhaps even the prototypical Jerusalem. But because Melchizedek types forth Christ, he accurately bears the predicates which properly concern Christ alone.

In Isaiah 61:1 something similar happens where Isaiah bears the prosopon of Christ Himself. “The Spirit of the LORD is upon Me…” respects Isaiah in an immediate-historical sense. But ultimately, Isaiah 61 looks to Christ as Christ Himself makes explicitly clear in Luke 4:18-21.

Again, in Hebrews 1:5, we read, “You are My Son, Today I have begotten You,” and, “I will be to Him a Father, And He shall be to Me a Son.” The former is from Psalm 2:7, which immediately respects King David. The latter is from 2 Samuel 7:14, which immediately respects Solomon. And even though both these texts accurately, immediately, and historically correspond with someone other than Jesus, i.e. David and Solomon, both texts properly and ultimately apply to Jesus alone.

So, we must conclude that types can and do often bear the terminology proper only to their antitypes. Melchizedek is said to be everlasting, Isaiah is said to be anointed, David is said to be begotten of God, and Solomon is said to be God’s very own son. But it is only insofar as these individuals type forth Christ that these various descriptors apply to them.

Tying It All Back to Baptism

Baptism is a sign of a thing signified, a type of an antitype, and as such it may (and I believe does) bear the same terminology to that which it signifies and typifies. Baptism, therefore, can be called “regeneration,” or, “washing… of the Spirit” so long as we understand that it is only so in a significant and typological sense, not in a causal sense nor in the sense of identity. And this somewhat nuanced dynamic requires faith. Without faith, baptism is nothing but a bath. With faith, however, it is a sign signifying much more, such as our union with Christ.

The key benefit of understanding the sister concepts of signs and types is the provision they make for us to affirm a robust doctrine of baptism and, most importantly, for us to be honest, transparent, and non-invasive with regard to the texts which link baptism to various soteriological realities, i.e. regeneration, remission of sins, salvation, etc. We can, therefore, understand baptism, insofar as it signifies something deeper than itself, to be inextricably linked with the things it signifies while at the same time denying causal, regenerative efficacy in the work of baptism itself (though baptism may be effectual in other respects, i.e. assurance, sanctification, et al).

Apart from faith, baptism is just a bath. Through faith, it’s a sign or type of internal realities wrought by the Holy Spirit; and so, in our parlance, baptism may be called our “regeneration” or “forgiveness of sins,” inasmuch as it looks to and signifies those deeper realities, just as a radar signature is often called “the storm,” though it itself is not.