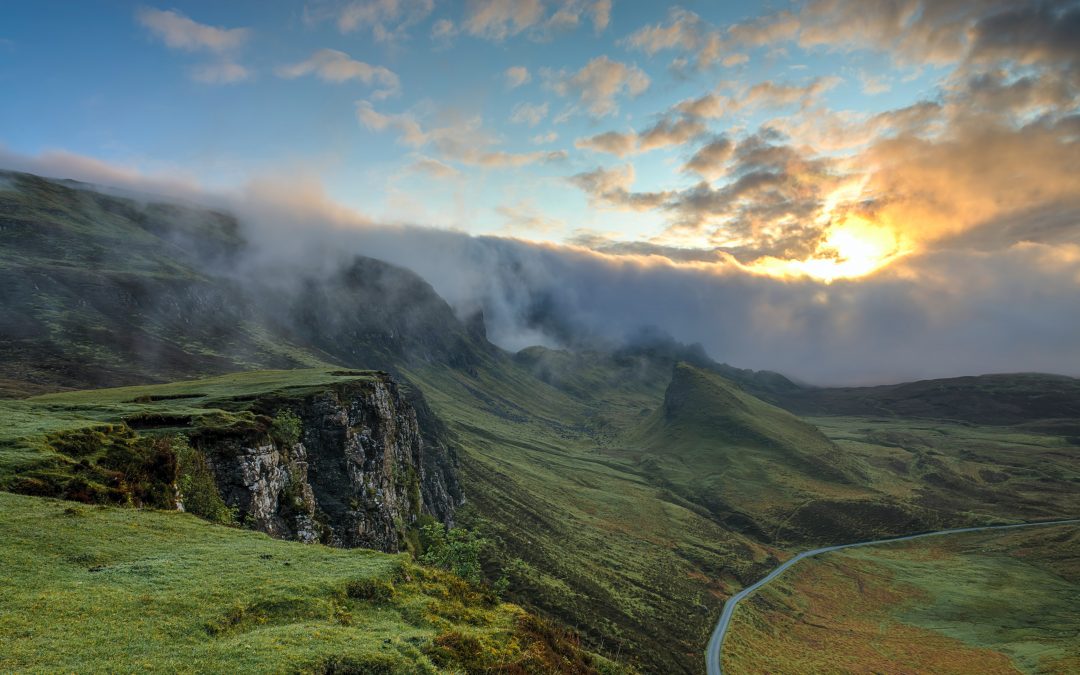 In His parables and teaching illustrations, Jesus regularly appeals to nature. Whether it be human ethics (Matt. 18:28-35), economics (Lk. 12:41-48), ornithology (Lk. 12:24), geology (Lk. 6:8), or botany (Matt. 6:28, 30), Jesus is not afraid to use His creation for the purposes of teaching His audience. Since this is the example of our Lord, we also shouldn’t shrink from doing the same. Keep in mind that Jesus makes these types of appeals to both believer and unbeliever, to His disciples and to the magnitude or crowd.

In Luke 12:1-12, Jesus addresses the crowd. He admonishes them, “Beware of the leaven of the Pharisees, which is hypocrisy.” Obviously, Jesus assumes these people can basically apprehend what He is saying to them. This is an “innumerable multitude,” the lion’s share of whom ultimately turn their backs on Him, even lobbying for His death. It appears they were not regenerate people. And even if they were regenerated at some later point, at this current time-stamp in the gospel narrative, readers should not get the sense Jesus understands this multitude to be indwelt by the Spirit in any measure—Pentecost debates aside.

In vv. 6-7, He appeals to two different concepts: human dignity and basic economics—both of which I would argue fall under natural law. Moreover, Jesus makes the assumption His audience has a basic grasp on these two things, and this is abundantly clear when we examine His use of rhetorical inquiry, “Are not five sparrows sold for two copper coins?” The question is Socratic in method, and the price of the sparrows is proportional to the value of the sparrows’ lives. Rhetorical questions such as these are intended to play upon facts already known and assumed by the interlocutor. This is why Socratic questioning is so effective. It forces the other person to answer a question to which they already know the answer. Jesus’ audience, if they would have been allowed to verbalize a collective answer, would have said, “Of course!” And perhaps some did. In which case Jesus’ answer was, “And not one of them is forgotten before God.” Sparrows are cheap. But God’s knowledge is so great, nothing escapes its view.

In v. 7, Jesus says, “But the very hairs of your head are all numbered. Do not fear therefore; you are of more value than many sparrows.” Why is it that Jesus could utilize the assumption of His audience, that there is gradation in life-values, from lower order lifeforms to higher? Why is it assumed that life has value at all? Why should God knowing the number of hairs on these people’s heads be a desirable thing? Why should they care if they are valuable in God’s eyes or not. The only explanation is natural theology. These people know, through natural revelation, that God exists, that He explains their existence, that because of this they are valuable, and that God cares for them. There is a natural benevolence God has for all creatures, and this is seen in His providence—when animals and people alike are provided for. They are valuable in God’s eyes. However, Jesus is about to reveal God’s primal benevolence in Himself when He says, “Also I say to you, whoever confesses Me before men, him the Son of Man also will confess before the angels of God. But he who denies Me before men will be denied before the angels of God (Lk. 12:8-9).”

Jesus further adds, “And anyone who speaks a word against the Son of Man, it will be forgiven him; but to him who blasphemes against the Holy Spirit, it will not be forgiven (v. 10).” He is here preparing His audience for the administration of Word and Spirit that would soon tear through that area from the mouths of the apostles, post-Pentecost. Jesus has essentially moved from natural principles, to the gospel, and to the penalty for refusing the gospel. In vv. 11-12, He addresses those who will believe the gospel with the practical application of the theology He taught from nature, i.e. the Father’s benevolence toward those whom He loves, “Now when they bring you to the synagogues and magistrates and authorities, do not worry about how or what you should answer, or what you should say. For the Holy Spirit will teach you in that very hour what you ought to say.”

Apart from natural theology, the assumptions Jesus makes throughout Luke 12:1-12 would be unintelligible to His very own audience. If they could not know that which God has revealed through creation, be it Himself or His law, the first half of the passage wouldn’t make sense, and the second half, consisting of supernatural theology, would be unintelligible. This is just one example where our great Teacher utilizes various aspects of His Father’s world to prepare His hearers for that which He Himself reveals in addition to nature, that is, the beatitude one enjoys in and because of Him alone. Apart from a natural knowledge of God and His will, Jesus’ words would have simply fallen on deaf ears. But nowhere does Jesus make the assumption His audience is ignorant of what He speaks, and He everywhere makes the assumption that they can.