Is the Term “Universal Church” Neoplatonic? 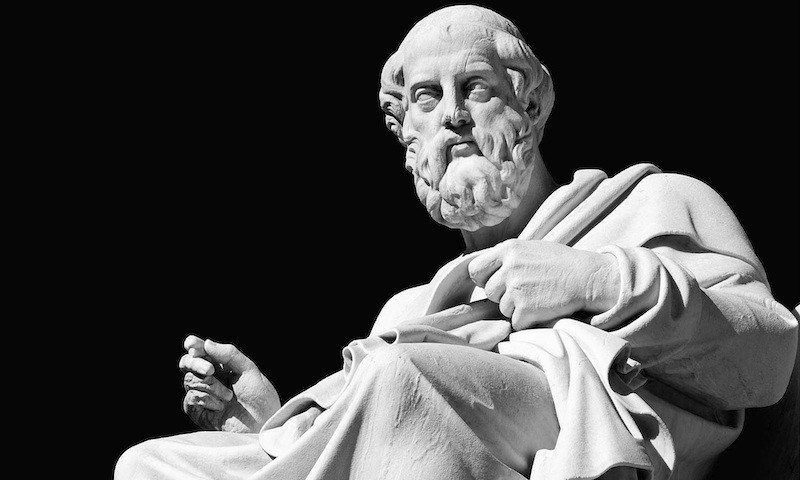 Sadly, there is no “yes” or “no” answer to this question without some qualification.

The question is charged, because if someone says, “yes,” they can easily be accused of following a heathen philosopher rather than the Bible. But if they say, “no,” then if Plato was right about something, truth being objective no matter who says it, they would in effect deny the truth spoken. If Plato said, “the sky is blue,” assuming it indeed was, is the fact that the sky is blue to  be rejected simply because Plato stated it? Absolutely not. As Christians, we have no business endorsing informal fallacies (like the genetic fallacy) in our epistemology (our method of knowing).

The term universal is to be seen in formal contrast with the term particular. These terms, like them or not, represent concepts all people engage at every moment in their lives. To reject the terminology and what it represents simply because Plato used it would be absurd, since to do so would be to reject truths independent of Plato, i.e. things which are true no matter what a person thinks about them, says about them, etc. (Even if such truths were uttered by that terrible, wicked Plato guy).

Now, what does it mean to say something is universal? There are a few ways the term could be used, but for ease of explanation it is a general idea, essence, or form applicable to many diverse or distinct things. For example, if I said, “The automobile is a modern marvel,” I am using the automobile in a general sense. Automobile, in that sentence, is a universal since I am not denoting any one automobile in particular, but the automobile in general, the idea of it, the form of it, its essence, etc. I am naming the genus without enumerating particular species of automobile. It’s basic taxonomy which, if rejected, actually collapses all the sciences and makes science in general impossible, including the science of theology.

Taxonomy is not original to Plato, though he was one of the more erudite thinkers to first systematize a realist position, which I would argue just is what the Bible assumes through and through. But realism’s truth doesn’t depend on Plato. After Plato, his pupil, Aristotle, departed from his teacher’s extreme realism—where the universal is radically separated from the particular, i.e. in the world of the forms (and this did lead to Gnosticism). Instead, Aristotle thought of the universal, the essence, or the form as being formally joined with the particulars themselves, such that we come into contact with the universal through the particular, e.g. by means of sense perception. For Plato, the essence of a thing was in heaven, not in the thing. Aristotle saw this as a problem. If the essences of things are in heaven (the world of the forms), then we wouldn’t be able to know what any one particular thing is in itself. We’d all have to be agnostics concerning the true identity of the most basic things around us. Bridging the gulf between the universal and the particular was Aristotle’s homework.

Aristotle, contra Plato, believed a substance (a particular thing) obtained whenever form actualized matter. And for this reason, the form of a thing and the thing are inseparably joined. This is opposite both Docetism and the later Gnosticism.

So, there are two players which heavily influence the general thought patterns of people living at the dawn of the New Covenant era. To give you an idea of how influential this language was and is, the categories found in realism, especially moderate realism, are absolutely essential in the systematic orthodox understanding of the doctrine of the Trinity and the incarnation of the Son of God. In fact, to deny the universal and the particular as categories altogether would be to utterly destroy our ability to articulate the doctrine of the Trinity in any sensible fashion, i.e. one divine essence subsisting in three distinct relations. To deny the universal (unity) and the particular (plurality) as categories altogether is not only to reject common experience, but to also reject any hope for making sense of what the Scriptures teach.

So, is the “universal church” a synthesis between heathen metaphysics and Christian ecclesiology? Not any more than the terms we use to speak of the Trinity or the incarnation (homoousios, hypostasis, etc.) are adaptations of heathen philosophical terminology. If the doctrine of the universal church is heathen on the basis of its appropriation of the category “universal,” then all of Christian prolegomena, theology proper, and Christology are amalgamations of heathen and Christian thought. But this is not so! All truth is God’s truth. Thus, if the categories universal and particular are true, then they are not true because of Plato or Aristotle, they are true because of the one true God who has made Himself known through what has been made (Rom. 1:18-20).

The doctrine of the universal church, while perhaps easier to articulate with creaturely categories like “universal” is not original, not even in part, to Plato. Linguistically, it redeems Aristotle’s correct observation that the form and particular are joined. For this reason, we should understand the universal church not as a visible institution on earth, but a universal which instantiates in distinct local assemblies. This is especially apparent in Hebrews 12:22-23, when it says—

But you have come to Mount Zion and to the city of the living God, the heavenly Jerusalem, to an innumerable company of angels, 23 to the general assembly and church of the firstborn who are registered in heaven, to God the Judge of all, to the spirits of just men made perfect…

As much as those who deny the present existence of the universal (general) church, gathering, assembly by relegating this text to a future-only state of affairs, we need only follow the verbs, i.e. “you have come,” is in the perfect tense. This is very much a present reality, though not yet consummately visible to us. It’s an already/not yet kind of thing: “For in that He put all in subjection under him, He left nothing that is not put under him. But now we do not yet see all things put under him (Heb. 2:8).”

To conclude, if there be any doubts concerning the appropriation of terminology used in the heathen world for the sake of theological articulation, then I would invite you to consider the fact that the whole of Scripture appropriates preexistent human language which would have been interchangeably used in heathen or pagan culture. This is true in both Old and New Testaments. But this doesn’t mean the Bible depends on heathen culture to do what it does. It means God uses familiar language in order to break into His world through special revelation, which we can only understand if it’s put in our terms. And God, far from leaving the language in its pagan context, actually redeems it and un-perverts it, as it were. To deny the validity of terms on the basis of heathen use would be to invalidate all 66 books of the canon.

It is well known that the term elohim was a term used to denote pagan “deities.” Even the Bible itself does this (Ps. 82:1; 86:8). Scripture redeems that term and applies it to the one true God. The method of the Bible is not to flee from language just because it has been perverted through pagan use. The method of the Bible is to redeem good words. Paul in Colossians 2:3, says it is Christ, “in whom are hidden all the treasures of wisdom and knowledge.” If one were to read Cicero’s De Finibus, which precedes Paul by about 100 years, they would find this very same phrase. Yet, while Cicero says, “all wisdom and knowledge are hidden in moral virtue (para.),” Paul, who was apparently familiar with Cicero, redeems that phrase by telling us all knowledge and wisdom are hidden in Christ, who is Himself the very perfection of virtue. It would have made a strong appeal to the Colossian Christians at that time. Obviously, Paul appropriates heathen terminology in Acts 17 during his Mars’ Hill discourse. We should be careful about anathematizing words and concepts used in the heathen world simply because they were used in the heathen world. In doing so, we might throw the truth-baby out with the bad heathen bathwater.

Finally, we have to understand that Jesus was not fearful of the leper. Why was this so? Because Jesus was not corrupted by the leper, the leper was purified by Jesus. When we escape terms simply because they’ve been perverted by pagans, we refuse to put this principle into practice. Gratia naturam perficit; grace perfects nature. Nature does not corrupt grace.