7 Biblical Reasons for a Figurative Reading of Ezekiel 40-48 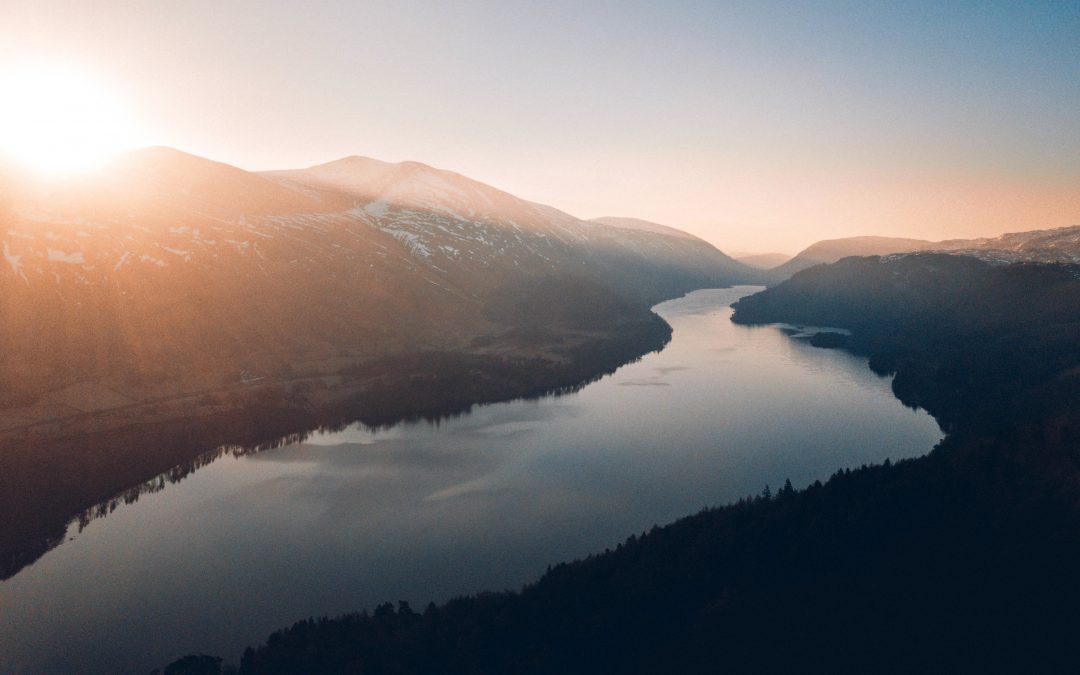 Some, particularly of the dispensational persuasion, take the temple and the accompanying sacrifices revealed in Ezekiel 40-48 as a literal temple and sacrificial system which will be established at the time of the future millennium. My goal is to show how this understanding of Ezekiel 40ff cannot coexist with what is clearly set down in Hebrews 10. And my presupposition is that the epistle to the Hebrews should interpret the related texts of Ezekiel 40ff for us. The New Testament is, after all, an inspired commentary on the Old. I want to also note something about the language of literal interpretation. Much has been made of the literal or the normative interpretive method. Every text, it is thought, must be interpreted literally.

Instead, I propose that the Bible often communicates literal truths through other-than-literal means. For example, the shadows of the animal sacrifices. Were the shadows literal atoning sacrifices? Absolutely not. They did not literally atone for sin. They were typological sacrifices. Yet, is the literal atoning Sacrifice of Christ revealed by means of them? Absolutely! Another example is found in the New Testament, when the church is called a temple. “If anyone defiles the temple of God, God will destroy him. For the temple of God is holy, which temple you are (1 Cor. 3:17).” Does this mean that the church is a literal brick and mortar temple? No. But is this text true and thus literal? Absolutely. There is a literal meaning here communicated through figurative means. All the Bible is literal, but the means through which it communicates literal truths are not always literal, i.e. biblical metaphors always communicate literal (real) things, even though the metaphors themselves are not literal.

In many cases, God uses literal things to signify greater literal things, and this we call typology, e.g. David and Goliath, the temple, the priesthood, Solomon’s wisdom, etc. But in other cases, God will use literary word-pictures, usually given in visions or dreams, to signify literal things, e.g. Ezekiel’s temple, Nebuchadnezzar’s dream (Dan. 2:24-45), etc.

In Ezekiel 40-48, there are several things mentioned which, if taken literally in themselves, will create great conflict with the New Testament, and will end up destroying the gospel altogether if consistently followed through. I want to survey some of the many things mentioned in Ezekiel 40ff which requires us to see it describing a figurative temple, which I believe to be the revelation of Christ and His people (but that’s another article). The following are reasons why Ezekiel 40-48 cannot, in no wise, be taken for a literal, future, brick and mortar temple—

“In the vestibule of the gateway were two tables on this side and two tables on that side, on which to slay the burnt offering, the sin offering, and the trespass offering (Ezek. 40:39).” Also see Ezekiel 46. However, Hebrews 10:18 tells us, “Now where there is remission of [sins], there is no longer an offering for sin.” One could make the argument that the “sin offerings” described in Ezekiel 40 are not actually offered for sins, but are only typological. However, that’s exactly what the Old Testament sacrifices were—typological. Hebrews 10:18 is telling us that typological sacrifices no longer exist since the fulfillment of those sacrifices are found in Christ Jesus.

“The chamber which faces north is for the priests who have charge of the altar; these are the sons of Zadok, from the sons of Levi, who come near the LORD to minister to Him (Ezek. 40:46).” The majority of the epistle to the Hebrews has thus far belaboured the superiority of Christ’s priesthood over the Levitical priesthood. And it tells us, “We have such a High Priest, who is seated at the right hand of the throne of the Majesty in the heavens, a Minister of the sanctuary and of the true tabernacle which the Lord erected, and not man (Heb. 8:1-2).” If Ezekiel 40ff were taken literally, then it follows the Levitical priesthood is to be reestablished, even though we have a better priest in Christ.

“You shall take some of its blood and put it on the four horns of the altar, on the four corners of the ledge, and on the rim around it; thus you shall cleanse it and make atonement for it (Ezek. 43:20).” Thus, the altar in the Ezeklian temple, if taken literally, is consecrated by animal blood, something Hebrews expressly tells us is but a copy of the heavenly things. Christ came, “Not with the blood of goats and calves, but with His own blood He entered the Most Holy Place once for all, having obtained eternal redemption (Heb. 9:12).” Was His blood not enough?

“No foreigner, uncircumcised in heart or uncircumcised in flesh, shall enter My sanctuary, including any foreigner who is among the children of Israel (Ezek. 44:9).” To enter the temple sanctuary, circumcision in the flesh is required. But, according to Acts 15:10, James calles circumcision a “yoke on the neck of the disciples which neither our fathers nor we were able to bear.” And in v. 11, asserts that salvation will take place in the same manner for all who are in Christ, no matter Jew or Gentile. If some are circumcised and others are not, this being a gospel necessity for some people but not others, then salvation is different for some than it is for others, i.e. not in the same manner.

“In the first month, on the fourteenth day of the month, you shall observe the Passover, a feast of seven days; unleavened bread shall be eaten. And on that day the prince shall prepare for himself and for all the people of the land a bull for a sin offering (Ezek. 45:21-22).” The feast days, however, in the New Covenant, are abolished, “So let no one judge you in food or in drink, or regarding a festival or a new moon or Sabbaths (Col. 2:16).” And, if one were to say, “It’s only the Gentiles who are not to be judged, but the Jews will still keep these ordinances as a matter of conscience,” then they deny what comes after this text, that the new man—which all who are in Christ have put on—is “where there is neither Greek nor Jew, circumcised nor uncircumcised, barbarian, Scythian, slave nor free, but Christ is all and in all (Col. 3:11).”

“The gateway of the inner court that faces toward the east shall be shut the six working days; but on the Sabbath it shall be opened, and on the day of the New Moon it shall be opened (Ezek. 46:1).” The Sabbath has been changed in the New Covenant, “For the priesthood being changed, of necessity there is also a change in the law (Heb. 7:12).” But this Old Testament Sabbath, where the people work in order to rest, has been abolished as we learn in Colossians 2:16 and in Hebrews 4.

“And it shall be that every living thing that moves, wherever the rivers go, will live. There will be a very great multitude of fish, because these waters go there; for they will be healed, and everything will live wherever the river goes (Ezek. 47:9).” The living water which comes from the right side of the temple must be figurative. For Christ has declared Himself to be the living water, “If you knew the gift of God, and who it is who says to you, ‘Give Me a drink,’ you would have asked Him, and He would have given you living water (Jn. 4:10).” And because the people of God are the temple of God, it is from their hearts the living water flows, “He who believes in Me, as the Scripture has said, out of his heart will flow rivers of living water (Jn. 7:38).” In John 4:13-14, Jesus says, “Whoever drinks of this water will thirst again, 14 but whoever drinks of the water that I shall give him will never thirst. But the water that I shall give him will become in him a fountain of water springing up into everlasting life.” How does one receive the living water? John 6:35 tells us, “He who comes to Me shall never hunger, and he who believes in Me shall never thirst.”