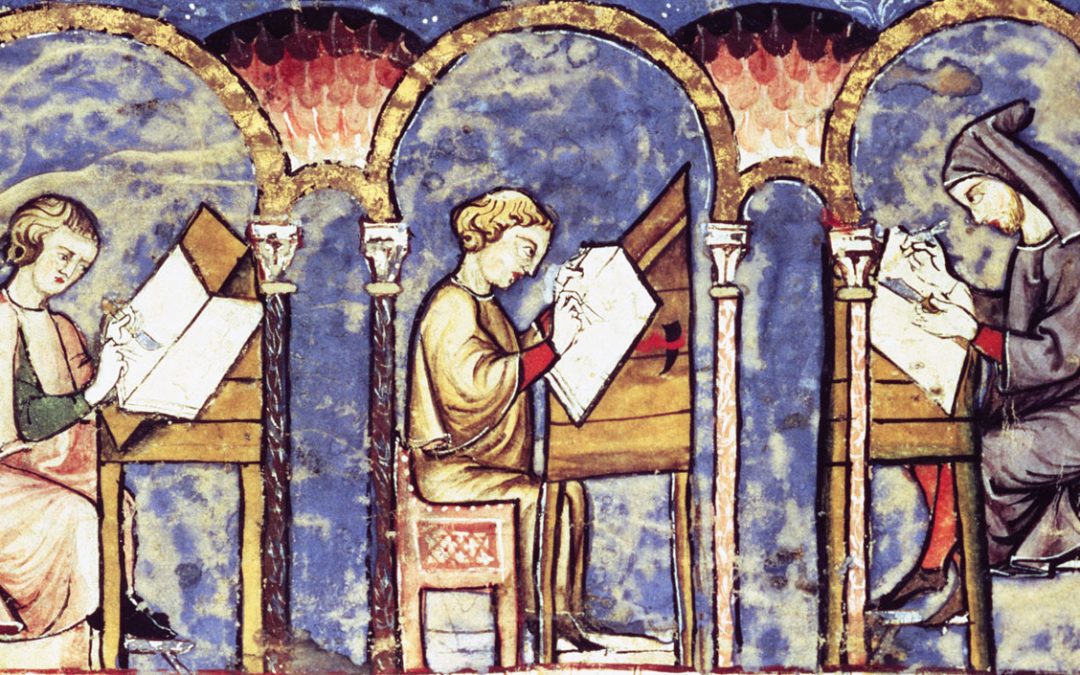 In Hebrews 10:5, the author’s use of Ps. 40:6 differs from the Psalm itself in terminology. Hebrews says, “A body you have prepared for me…,” instead of, “My ears you have opened… (Ps. 40:6).” The reason? The Psalmist is using a device called a synecdoche, where the part represents the whole. “Ears” are there used in place of “body.” After all, what use are ears without a body? The author of Hebrews isn’t translating the passage when he uses “body” instead of “ears.” Instead, he’s interpreting and clarifying the sense of the original passage under the inspiration of the Holy Spirit.

The strict historical-grammatical interpreter would not be able to do what the author of the Hebrews does. If asked what was meant by Psalm 40:6, they might reply, “Ears mean ears!” There would be no possible way to plow any deeper into the significance of the psalmist’s language. Instead, he would have to remain at a definitional understanding of the term ears, and go no further. He may even entertain the possibility of ears existing without a body, since he presupposes the term ears cannot reach down to a deeper significance, or imply anything more than a simple anatomical body part. There is no way he could get from ears to body, as the author of Hebrews does.

Thankfully, we have the rest of the Scriptures, a la., Hebrews, to fill him in on the significance of Psalm 40:6. So, our historical-grammatical-onlyist friend would not deny the passage alludes to the incarnation. After all, God Himself says it does. But he would not be able to justify the author’s interpretive choice apart from resorting to some dictatorial theory of inspiration, or otherwise punting to mystery. However, this isn’t satisfactory. Dictatorial theory doesn’t seem consistent with the way the New Testament authors write. For they include personal life circumstances, personal concerns, personal worries, etc. They are writing their letters and accounts, really and truly—albeit under the special providential governance of God, which we call concurrence.

Mystery is not an option either, since mystery fails to excuse logical incoherence. The author either interprets Psalm 40:6 correctly, or he does not. If he does, then the fuller sense, i.e. Christ’s incarnation, was always present in that text, and any reader who could see it was free to interpret it accordingly. Inspiration doesn’t give the author a special hermeneutic where he can derive secret meaning or otherwise invent new meaning for the text in question. The inspired author remains subject to the authorial intent of the Old Testament (the authorial intent being God’s). The meaning was always there. The key to unfolding said meaning is not in inspiration, it is in Christ. The author of the Hebrews doesn’t interpret the Old Testament Bible the way he does because he’s inspired, per se; he interprets the Old Testament Bible the way he does because he reads it in the light of Christ. And God uses that interpretive method of the author to ensure the epistle to the Hebrews turns out exactly the way He wants it to turn out.

The author of the Hebrews, far from translating Psalm 40:6 word for word, interprets the sense according to an incarnational-centric assumption. He sees no problem reading Christ and His incarnation out of Psalm 40:6, despite the absence of express terminology. And this mode of interpretation is not specific to inspiration. This is how the author would have understood Psalm 40:6 prior to and after writing Hebrews 10:5. As I like to say, If he were teaching a seminary class on hermeneutics, this is the way he would have taught. It’s not as if he picked up a whole new methodology while under inspiration, only to forgo that methodology after he sensed he was no longer inspired. And it’s not like his method was new to him, dawning on him right as he put pen to papyri.